MY PERSONAL CITATION FOR APOSTLE DR and MRS BAIDOO 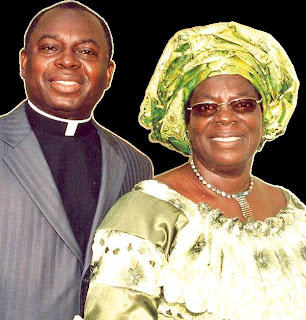 CITATION IN HONOR OF
APOSTLE DR. AND MRS.BAIDOO
A DECADE OF EXCELLENCE:
Twenty years ago the LORD spoke to our fathers through Apostle Patrick
Asiamah of blessed memory at the General Council in Koforidua, to set you and I apart
for special assignments in the church. Seven years later, and for ten
years (1998-2008) I was elected and served as Chairman of the church. Three years later and also
for ten years (2001-2011) you were also elected and served as
INTERNATIONAL MISSIONS DIRECTOR of the church.
The LORD has been faithful to you just as He has been to me. You discharged your
service with Dedication, Devotion, Diligence, Dexterity, Decorum and Distinction.
The fruit of your service abides and is conspicuous to all; a success story worthy of a place in the annals of any missionary-sending agency. I vote the period of your service as IMD of The Church of Pentecost (2001-2011) as A DECADE OF EXCELLENCE in COP INTERNATIONAL MISSIONS.
On this occasion of your successful completion of your assignment and transfer to
another part of the Vineyard, we join you to celebrate the LORD'S faithfulness and
to wish you God's continuous grace and mercies every step along the way.
God bless you and yours.
APOSTLE DR MICHAEL NTUMY
NATIONAL HEAD,
COP, GERMANY
DATED: 28TH AUGUST, 2011
Posted by Unknown at 11:09