"When Job's three friends, ... heard of all the troubles that had come upon him, they set out from their homes and met by agreement to go and sympathize with him and comfort him." (Job 2: 11 NIV)


Since my incapacitation, the love demonstrated to me by various church leaders, ministers and brethren from various churches is simply mind-boggling. This love has been variously expressed through unrelenting intercessory prayers on my behalf, telephone calls and visits to us here in Hamburg. These have been used by God to refresh, encourage, sustain, as well as spur me on the road to recovery. This is Christian fellowship, COP solidarity!

From the beginning of this month for example, we have enjoyed the visits of many.
The first to come was a delegation of Youth leaders from some European nations. They met in Hamburg to plan for their 2012 European Youth Conference in Germany and decided to pay a courtesy call on me.

Visiting also in the first week of December was a 10-member high-powered delegation from COP, Holland.It comprised all the ministers, the "National President" of the church, National Deacon, a representative of Pastors' wives and national movements leaders.

They were sent by the National Head, Apostle Lord Agyin on behalf of the church in Holland to come and visit us, share fellowship, and express their best wishes for a Merry Christmas and a Happy, Healthful New Year. This is something Apostle Agyin and the church in Holland have done for us every year since we arrived in Germany.

In the same first week of December we were blessed with the visit of Apostle N. A. O. Amegatcher, Director of Pentecost Men's Fellowship and his wife, Dorothy. They came along with their grandson, Daylin Apraku-Djan.
It was double blessing when in that same week Apostle Godwin Osei-Bonsu, COP Area Head for Ejisu-Konongo in the Ashanti Region of Ghana and Pastor Emmanuel Antwi of Asankare District also visited.


Following them in the third week of December was one of my closest colleagues, Apostle Albert Amoah, former General Secretary of COP (1993-2003). Apostle Amoah, now Area Head of Cape Coast Area in Ghana, was General Secretary during my first term in office as Chairman of COP.

As 2011 draws to an end, it is my pleasant duty to express my unqualified gratitude to the millions of beloved brothers and sisters in Christ for your fervent prayer and moral support to both Martha and I. To the many who were able to visit us in Hamburg in 2011 and the years before, we are equally grateful.

We are still confident that our expectation for my recovery will not tarry. As you continue to bear me up in your prayers, it will happen; we shall rejoice together. Thank you very much.

SEASON'S BEST TO YOU

My Beloved in the LORD,
How can I adequately express my gratitude and appreciation to you for your unrelenting prayer and moral support for me throughout this year? For want of a better way, permit me to use the age-old expression, "THANK YOU VERY MUCH"

As we pause to remember God's greatest gift to mankind, JESUS CHRIST, I also remember how through CHRIST you have been a blessing to us throughout 2011.

That is why I send you this special greeting on behalf of the entire NTUMY FAMILY to wish you and those dear to you the season's very best. 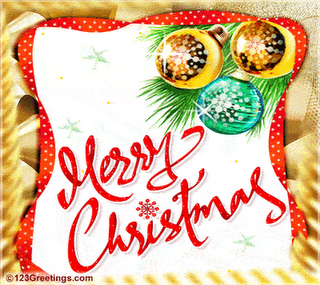 May the SEED of the woman who was born to bruise the head of the serpent, grant you victory in every aspect of life throughout 2012 and beyond.


May the STAR which led the Wise Men to Jesus, lead you throughout 2012 to your desired destination.

May He who is called the Prince of Peace grant you peace within and without;
May the Wonderful One surround you with His wonders, miracles and signs;
May the Mighty God show Himself mighty on your behalf;
May the Great Counselor counsel you by His still, small voice throughout the coming year;
May Immanuel establish His Throne in your heart and that you experience the reality of God's abiding presence in 2012 and beyond.

Enjoy A MERRY CHRISTMAS and A JOYOUS, BLESSED AND FRUITFUL NEW YEAR

WORK AND WORK AND MORE WORK

"Physical exercise has some value, but spiritual exercise is valuable in every way, because it promises life both for the present and the future. This is a true saying, to be completely accepted and believed."(1Tim. 4:8,9 GNT) 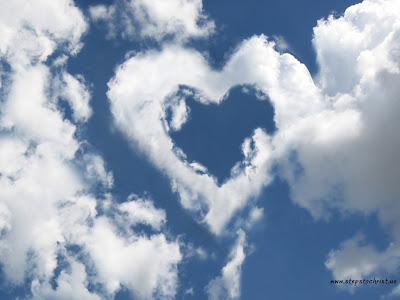 Usually when most people are indisposed they are told to take a rest from much physical activity. Getting rested aides the process of recuperation, and is definitely good advice. It is however very interesting to note that in the case of paralysis, the advice is the contrary. You are advised to work and work. That is what I am doing now. The doctors refer to this phase of my recovery as, "Use it or lose it". It implies that if one does not use a part of the body that recovers, one stands the risk of perpetually losing it.It therefore calls for more work; hard training.

In addition to my usual Physiotherapy and Ergo therapy sessions, I undertake a number of physical exercises at home. I am told to work and work.

Pastor Osahene Amankwatia Boateng of our Hamburg North District helps me to do my Static Cycling, Weight-Pulling and Nocturnal  Gymnastics.

Pastor Frempong Boateng of our Hamburg South District helps with my Standing and Johnny-Walking sessions.
Beginning usually around 4.00pm with the standing session, my home exercises roll until about 10.00pm, with only a pause for supper, before I prepare to retire for the night. It is hard work. It recently occurred to me that a lazy person cannot afford to be paralyzed.

Well, engaging in both physical and spiritual exercises is our part of the bargain. The actual healing and recovery come from the LORD. That is what we are waiting for. Surely, He will bring it to pass. 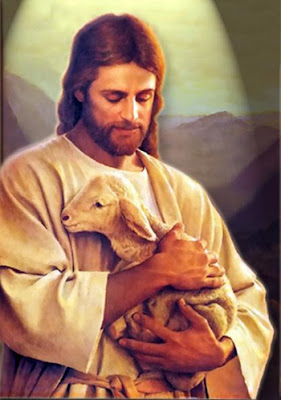 My beloved in the LORD JESUS CHRIST,

This brief publication comes to inform you that my internet access has been restored after more than a week. There were problems with the server of the I.S.P which were rectified only last night.

I am very sorry for the inconvenience this information 'drought' may have caused you.

Please look forward to reading the latest from me.
Thank you for your continuous prayer and moral support. 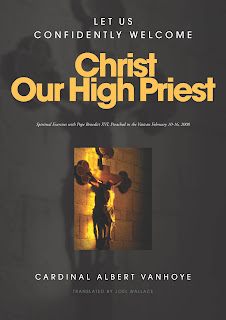 Looking at the very challenging and deprived rural background from which I come, I have always tried to encourage everyone I encounter that they can better their lot in life. One's rural background, financial situation or other inhibiting factors should not necessarily prevent somebody from achieving their dreams. I am therefore more than excited when people defy the odds and go ahead to accomplish something.

In this edition I have selected the stories of three men which I believe will inspire everyone of us to develop to our highest potentials.

The first on my list is Apostle Anthony Kwabla Ahalivor. Apostle Ahalivor is The Church of Pentecost Area Head of Nkawkaw Area in the Eastern Region of Ghana. Now in his mid-fifties, the honorable Apostle has been in the full-time pastoral ministry of COP for over a quarter of a century now. He did not have the benefit of high education yet through auto-didactic means he strove to improve upon his lot.

A few years ago when Pentecost University College (P.U.C) introduced the School of Theological Education by Extension (S.T.E.E) program, Apostle Ahalivor enrolled in it. A few weeks ago, he graduated with a B. A in Theology. His degree was awarded by UNIVERSITY OF GHANA, the nation's premier university to which P.U.C is affiliated.
From Middle School Leaving Certificate to a university degree holder; is it possible? Apostle Ahalivor has shown that it is; even in spite of family and heavy ministerial duties.

An interesting scenario of his graduation was that Apostle Ahalivor graduated the same day, and from the same university, with one of his own daughters, Dorcas. The 24-year old graduated with B. Sc. in Banking and Finance


NB. It is heartening to note that on that day, several other COP "heavy-weights" also graduated: Prophet J. E. Ameyaw, Apostle Ekow Badu Wood and Apostle John Appiah-Aidoo. They have proved that the grace of God, coupled with godly determination, everything is possible.

Second on my list is Pastor Andrew Adu-Amankwaah. Now in his late-fifties, this respectable Pastor has been serving as a COP minister for nearly two decades. Before his call into the pastoral ministry, Adu-Amankwaah served as Private Secretary to a Minister of State for many years. His hard work and integrity later got him to the post of Personal Assistant to the Chairman, one of the most sensitive positions in COP, a responsibility he creditably discharged for ten years (1998-2008).

COP sponsored him to undertake a number of professional courses both at home and abroad. His desire for higher education was however insatiable and neither the volume of his work nor the constraints of age could abate it. He took advantage of a modular program being ran by P.U.C. and Canada Christian College which earned him a B.Th degree. Without relent, he continued to the University of Ghana from where he recently graduated with Master of Arts in Religions.

From Stenographer Secretary to Masters degree holder; is it possible? Pastor Andrew Adu-Amankwaah can confidently tell us, "Yes, it is".

My third pick is a young man called Daniel Agabus Tettey. Dan ended schooling at age 15 after Junior High School because his parents were too poor to sponsor him. He left his village for Accra, slept in kiosks/uncompleted buildings until he found a job as a Cleaner one of the most prominent banks in the country. He took to night classes for some years, and after two attempts at the G. C. E A-Level examinations, he qualified for university admission. About three weeks ago, Daniel graduated with B. Sc Administration (Accounting) from Wisconsin University (Ghana).
Daniel's performance has already caught the ears of his Director who has already asked him to submit an application to upgrade his status. Within a few days Daniel will walk into the bank's offices as a middle-level officer. Many might ask that age-old question, "Is this not the Cleaner; how did he become an officer?"

Beloved, we serve a great and mighty God. He is able to do all things; Don't settle for less while with His help, you are able to reach your fullest. Don't forget that, with God, all things are possible. (Lk. 1:37)